A restaurant opened its doors on Isle of Palms Ocean Boulevard without even a peep of publicity. What used to be a beachy souvenir shop is now Papi’s Taqueria, a new Southwestern cuisine that boasts a staff who’s reputation precedes the restaurant’s modest opening.

Papi’s chef and partner is Louisiana native Rusty Hamlin, who also assumes the role as the executive chef for the Zac Brown Band. Hamlin has been in the food scene for 27 years, with a second place finish on the Food Network Star on his resume. Lifelong friend and songwriter Wyatt Durrette, who wrote 11 No. 1 hits with Zac Brown, joins Hamlin in the partnership after introducing him to the popular country band back in the early 2000s.

“I am a Southern-inspired chef with Louisiana Cajun Creole roots who goes around the country and does what I call cooking off the cuff — whatever’s local and whatever’s coming out of the ground, the sea, the refrigerator, the cabinets is what we’re going to make an amazing meal with,” Hamlin shared in an interview with the Food Network.

Hamlin says what separates Papi’s from a typical taco joint is that every dish is chef driven. The menu is cross cultural with a variety of creative concoctions that originate from Hamlin’s tastebuds worldly travels.

Hamlin says some of the members from the Zac Brown Band have already stopped in to pay their respects and of course try out the new flavor. Earlier this week Hamlin helped lead singer Brown open a restaurant of his own, the Zac Brown Social Club, at the Atlanta Hawk’s State Farm Stadium.

While he’s busy bustling between Papi’s and his other restaurant in Atlanta, Hamlin promises locals and visitors alike that Papi’s is his priority and a staple he hopes will grow on the island. Papi’s Taqueria, located at 1012 Ocean Blvd., Isle of Palms, is open daily from 4-10 p.m. and now offers lunch/brunch from 11 a.m. to 10 p.m. starting this Saturday and Sunday. (Credit: Moultrie News) 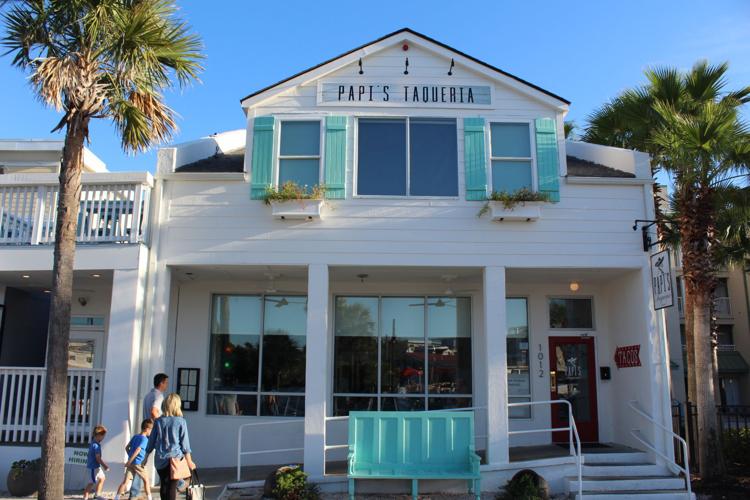